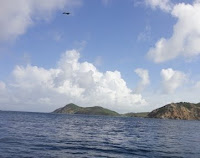 g the wildlife reserve uninhabited island of Battowia, I keenly scanned our surroundings. Battowia is one of the largest sea bird colonies in St. Vincent & the Grenadines. As Battowia’s rocky terrain emerged ahead, curious boobies swooped to greet us.

While sailing from St. Vincent to Battowia, we were entertained by seagulls and boobies – skilfully gliding overhead and diving into the sea. The ocean’s calmness allowed the boat to draw near to Battowia, which presented us with an amazing view of its birds. 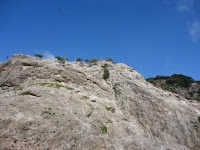 Our marine tour of this serene natural landscape was vividly enhanced by the spectacular sounds and sights of birds, as they chirped and soared around the island. Battowia’s sea bird species include the frigate bird, brown pelican, brown noddy, sooty tern, in addition to land birds as, the tropical mockingbird, eared dove, and the antillean crested humming bird.

I interestingly observed birds that were intriguingly perched on Battowia’s landscape, some camouflaged with their habitat, and only slight movements revealed their presence. A few goats were also spotted, nimbly climbing the cliffy hillside. 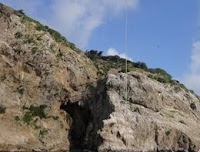 Altogether too soon, the boat pulled away from the island, and I felt a longing to be as free as the birds on Battowia, to soar among the 32 islands and cays of St. Vincent & the Grenadines.
Posted by DiscoverSVG at 9:54 AM 3 comments: